Venison jerky is one of those pantry staples that we have on hand year around. It makes for an easy grab and go snack for camping, hiking, boating, hunting, or just cruising the backroads. Jerky packs a protein punch and helps fight off those hypoglycemia attacks (low blood sugar) my son and I seem to fight.

Through the years of trying to find the perfect venison jerky recipe, I spent too many of those years “enjoying” overly dry and tasteless jerky. I used a cheap $5 garage sale dehydrator that left me with overly dry jerky, and followed recipes that left me seriously questioning people’s taste buds.

After a successful mushroom foraging season, we had pounds of mushrooms to dehydrate, but my garage sale dehydrator just couldn’t keep up and ended up melting. I started researching dehydrators and decided I needed one with multiple metal racks so that I didn’t have to worry about them melting. I also decided I needed one with a timer and temperature controls. I left small hints around the house as to what the perfect Christmas gift would be, and low and behold, the hubby got me a new dehydrator!

This new dehydrator meant I had to step up my dehydration game and I started making venison jerky a few times a month and experimenting with dehydrated meals for camp. Being the researcher (read geek) I am, I studied jerky recipes and would have 3-4 recipes going at a time to narrow down the recipe to the one that had the best flavor. Thankfully, we’re a family of hunters so I had a freezer full of meat to experiment with.

One day, I found it – the secret ingredient that really stepped up that jerky flavor. Ladies and gentlemen, it’s fish sauce.

Stick with me for a minute. If you’ve never tasted fish sauce in a recipe, odds are you have already turned your nose up on using this secret ingredient on your venison jerky and you’re silently judging me. Odds are also true that you’ve had fish sauce before and didn’t even know it. I hear ya, but let me tell you how amazing this secret ingredient is.

See, fish sauce is used to add umami flavor, not necessarily fishy flavor. Umami is 1 of 5 flavor profiles that is often missed in a lot of recipes, but adds a different flavor from sweet, sour, bitter and salty. Umami is found in mushrooms, fish, seaweed, soy-based foods, aged cheese, tomatoes, and more. If you are a fan of Chinese and Japanese foods, you’ve definitely had fish sauce.

Fish sauce adds depth to meat dishes like meatloaf and meatballs and is a secret ingredient in soups, stews, and vegetable dishes. It isn’t fishy, but it is salty so be aware of adding any additional salt to recipes.

Fish sauce just so happens to be the flavor I crave more than chocolate and why my cheese addiction is on point. So, of course, it made all the sense in the world to add it to jerky. With a meaty, soy, brothy, savory flavor, fish sauce is just the flavor needed to kick up that venison jerky flavor a notch.

Your local grocery store probably has fish sauce in the Asian food aisle, but if you live in a small, rural area like me, it may be best to order it online. I found in my journey of learning about fish sauce that most recipe experts prefer Red Boat Fish Sauce, so I went with that and love it too! Read the comments in that link to learn more about people using fish sauce in their recipes.

Another ingredient I use is pink curing salt. Curing salt helps preserve the jerky so it lasts longer. It works to fight off spoilage and bacteria and makes the jerky more shelf-stable. It’s not essential, but it does add an extra layer of food safety to your jerky and isn’t that pricey. I discovered Boise Salt Co. a few years back to get pickling spice for corned beef and was happy with that, so I got my pink curing salt from them too.

Use pink curing salt sparingly. I found that 1/4 teaspoon per pound of meat works great.

It should be fairly straight forward with how to care for raw meat before consuming it, but I feel a little compelled to list out a few safety tips when making venison.

Alright, let’s get to making that jerky. 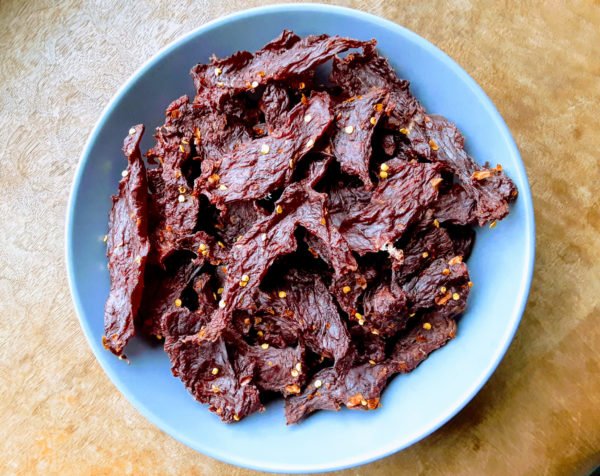 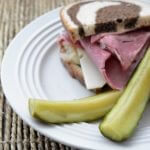 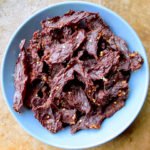 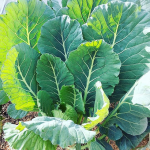