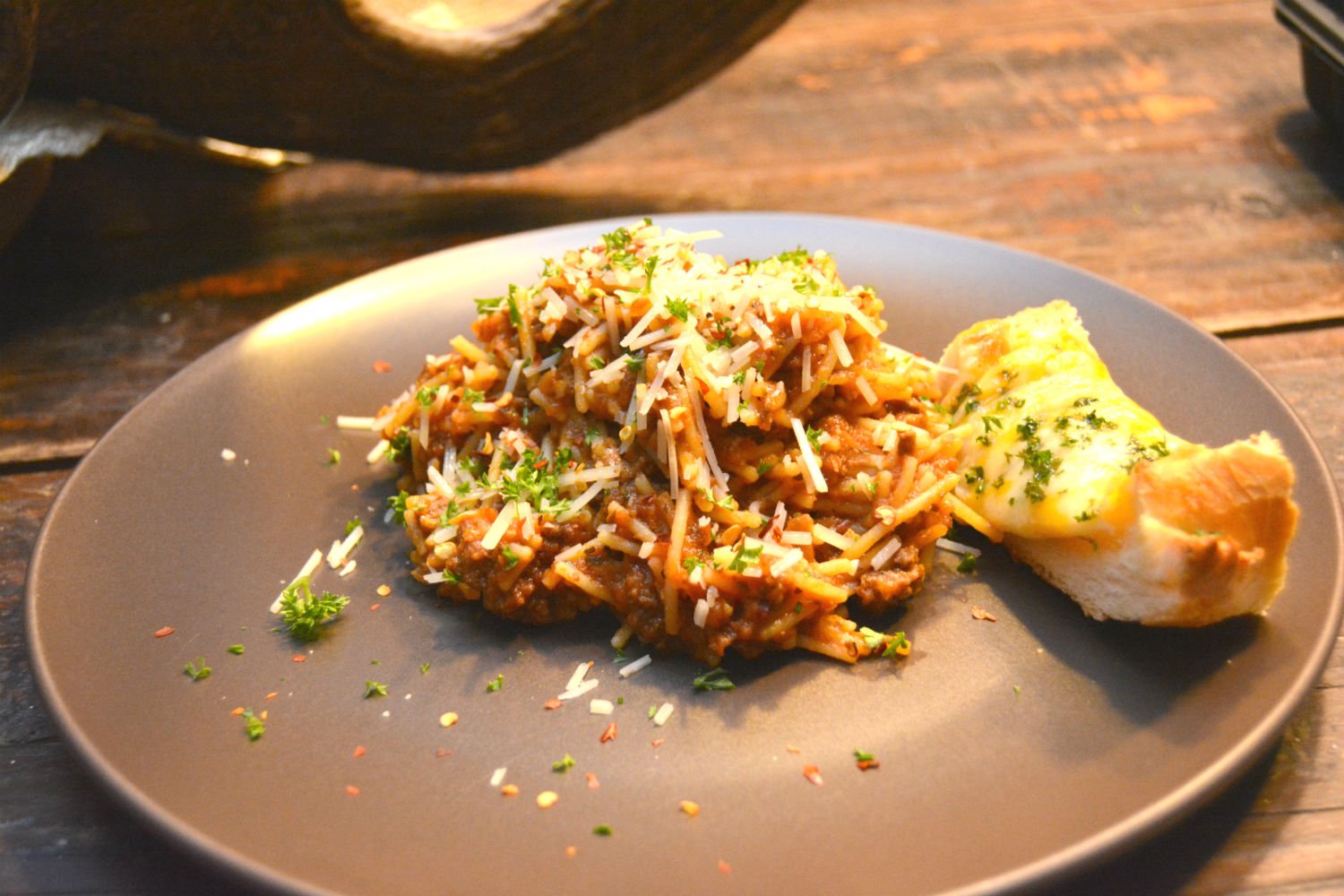 Nothing brings you back to childhood recipes like spaghetti. You probably remember your mom’s recipe, your grandma’s recipe, and every other spaghetti cook that was nice enough to put a big bowl of spaghetti in front of you as a child. And because of all of those bowls of spaghetti, you probably grew up to know a bit about what you do and don’t like in your own spaghetti recipe today. My grandmother would put big chunks of vegetables in her spaghetti – which I would love to try again today, but I hated it as a child. I remember scooting the large chunks of onions and bell pepper to the side to try to avoid them, but also not realizing those vegetables were the very things that gave the sauce so much flavor.

Today, with my own recipe, I cut my vegetables up small so it incorporates in the sauce a bit better (and I don’t have to watch my children shove the vegetables to the side in disappointment). I use a lot of basil, onions, and garlic, a bit of red wine and a dash of fennel; between all of those simple ingredients, I feel that my spaghetti sauce today is pretty tasty. But we can’t stop there, oh no, my friend, we have to add in the tastiest meatballs known to man – this venison meatball recipe; a recipe that probably takes way longer than it ever did when I was just cooking simple spaghetti sauce over noodles while in college, but worth the wait.


A Bit About Spaghetti 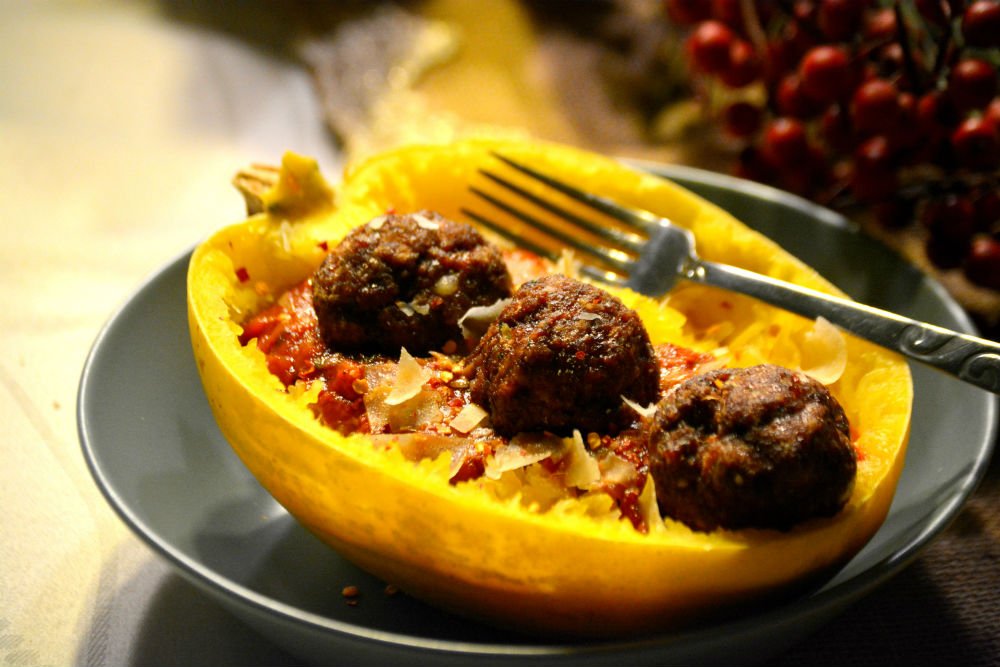 Let’s start with the difference between spaghetti sauce, marinara sauce, and bolognese sauce.

When it comes to old-fashion spaghetti and meatballs, I like to stick with spaghetti sauce. I also like to cook my spaghetti sauce much like I’d cook my chili or stew: let it cook long and slow – or use an instapot to get the job done in half the time. Spaghetti sauce should also be like chili in the way that you should be able to eat it without any noodles if you wanted; I mean, we always eat spaghetti sauce with noodles, but the sauce alone is just that good.

I also like a few things in my spaghetti sauce that I don’t usually see in other recipes. For starters red wine, perhaps it is in a few recipes I’ve come across, but for me, once I started adding it in my recipe, I definitely felt it kicked it up a notch. If I open a bottle of wine just for one recipe, I freeze the rest in ice cube trays to use for later recipes. I love the flavor of fennel, so I add that in too. I remember as a child picking the fennel off of pizza and loving it, but I didn’t know what that flavor was until I became a cook – not I use it in almost all of my Italian recipes. As a last note to recipe inclusions – although not rare to any other spaghetti recipe – I love the flexibility of basil, onion, and garlic. Use as much as you’d like – I typically use more than I even mention in this recipe – just taste and add more as the sauce cooks so you don’t overwhelm the sauce. If you’re adding more onion and garlic in the middle of a recipe, switch to powder so it incorporates better.

A Bit About Meatballs

Meatballs are good for an appetizer or with spaghetti. As an appetizer, spaghetti sauce or half Pace picante sauce and half cranberry sauce works great, and I’d also recommend making the meatballs a bit smaller so they’re easier to pick up with a toothpick. With spaghetti, I usually make my meatballs big enough to cut into fours, so they’re a bit larger, but still very, very good. If you’re stuffing cheese inside, try to fold the cheese in as tight as possible to keep it from dripping/melting out. 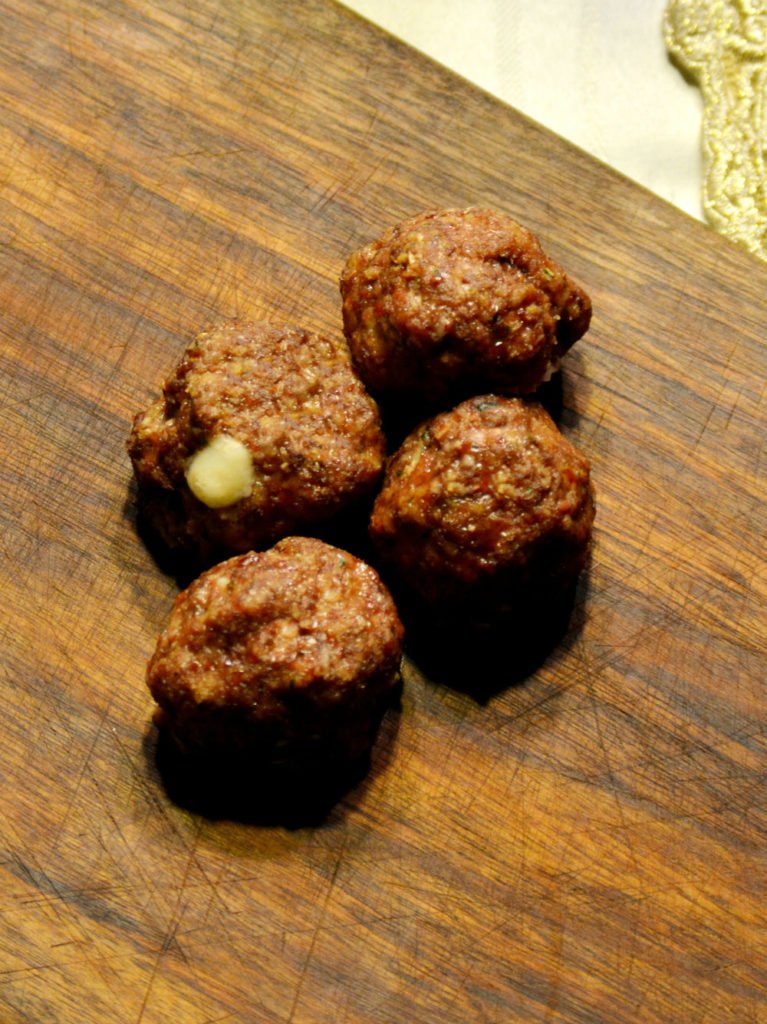 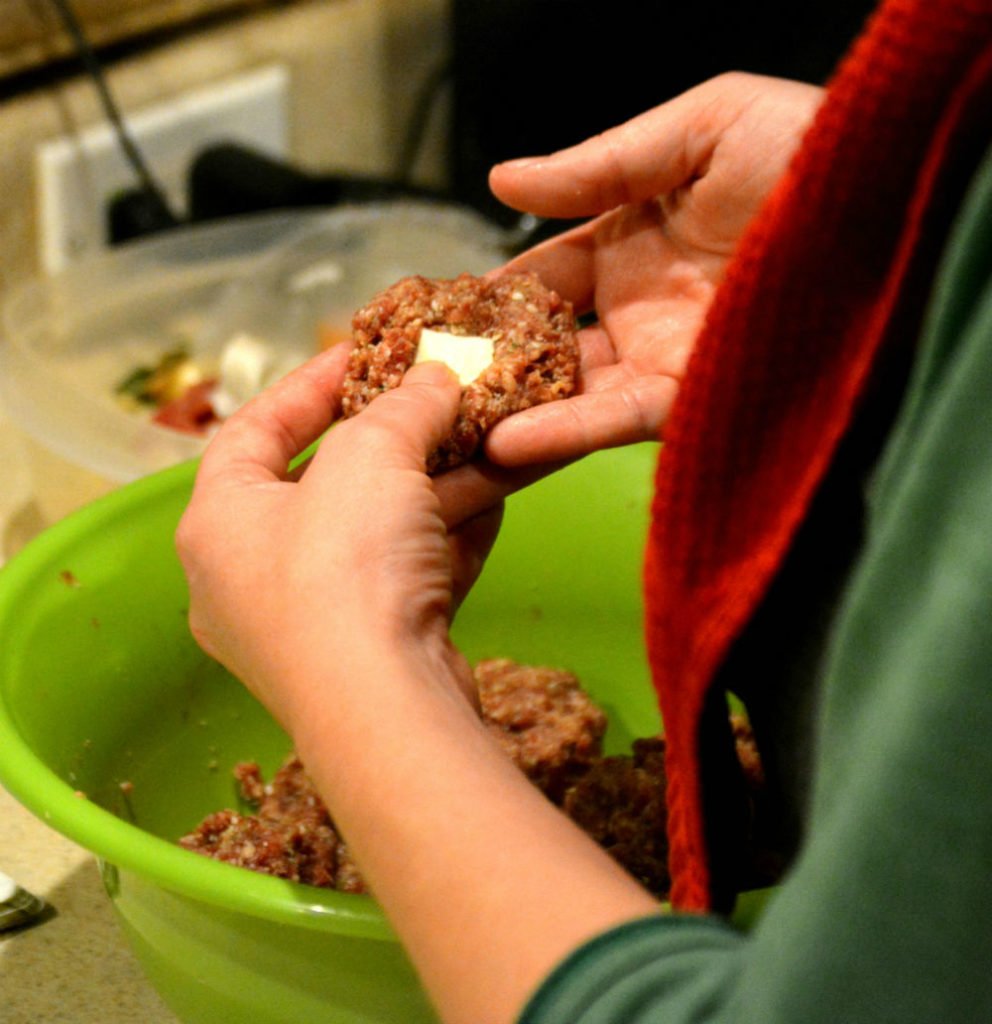 For the cheese in the meatballs, mozzarella balls work well, but you can use cheese sticks too. Shredded cheese seems to be disastrous and messy – good luck if you try this route. Also, do cheese-lovers everywhere a favor, don’t ever buy pre-shredded cheese with the cakey-flour coating – yuck, just yuck. If you’re going to put cheese in these meatballs, foodie law forbids cakey-flour cheese. 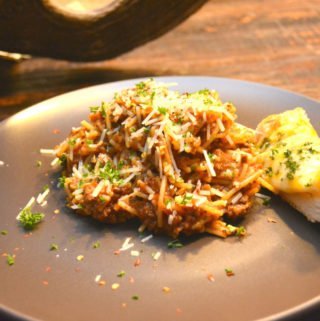 This makes a lot of spaghetti and meatballs, so you can either freeze some of the sauce and meatballs for later or cut the recipe in half. I have 2 teen boys, my husband, and me in the house, so I usually make big portions to make sure everyone is nice and full. The meatballs alone make about 35 2" meatballs.
5 from 1 vote
Print Recipe Pin Recipe
Course Main Dish
Cuisine Comfort Food, Italian
Servings 5 People

Add as much basil, onion, and garlic as you like. If you're sensitive to these ingredients, hold back a bit. With the spaghetti sauce, you can always add more or less of something as it cooks.