When I first started hunting, I did it because my husband wanted me to try it. He was already really into hunting and had plenty of friends that were into it too, so I wasn’t quite sure why he wanted me to hunt too, but I told him I’d give it a try. Our first season out in the field together, I didn’t even have a tag, because I didn’t know if I’d be comfortable killing an animal – I didn’t want to waste the money on me getting a tag and I needed to know that I wouldn’t end up crying or puking because I couldn’t handle it. I went in the woods without a gun and without a tag, but ready to learn.

My interest was piqued.


I remember that first season like I remember every season since then, the smells, the sounds, the sights, everything was so heightened. You hear every sound, you smell every odor, and you see things move that aren’t there. You may hike 15+ miles a day. You may camp in the rain and snow. You may be surrounded at camp by nothing but sexist men. It can be harsh, but for a woman that is interested, I encourage you to give it a try. When they call it hunting, it is absolutely that; it’s not an easy task – big or small game – it’s called a hunt for a reason.

Hiking is a lot of what hunting is about.

I have a female cousin in the South that gets to sit in a stand and hunt from the sky. How amazing is that! She can just sit in one stand, all day long, and just wait for the deer or game to come to her. It may seem like an unfair advantage, but that’s the legal laws for hunting in Texas, so why not take advantage of it! Here in Colorado, we can use stands, but when you’re hunting off of public or BLM land, you aren’t necessarily installing a stand, because law says that even if you do, it’s first-come-first-serve (even though it’s your stand… this is just asking for a fight to happen, IMO), and you have to have orange on the outside of that stand. It’s just not a feasible way to hunt big game in the Rocky Mountains. Instead, we hike. A lot. Up to 15+ miles a day. Up hill both ways.

At the end of the day, you’re absolutely exhausted! To get prepared for this, make sure to hike in the winter (out side of hunting season) and in the summer. We like to prepare by climbing mountains and back country backpack camping. We love doing this anyway, but it also keeps us in shape for hunting season hikes.

Camping and hunting in rain and snow?

Colorado is known for temperamental weather conditions. It can rain, snow, and be sunny all in the same day! So, when we go camping, backpacking, or hiking, we have to prepare for all of these weather conditions, and hunting is no different. We like to do hunting camp with friends, and everyone seems to have their own preference for what to camp in, but everyone has the same idea as to what to prepare with when heading out to hunt.

When it comes to camping, anything weatherproof and warm will work. Remember, that this means your sleeping bag needs to be able to handle negative temperatures, your tent needs to be able to keep you off of wet and cold ground – cots work great here – and you need to be able to maintain a decent body temperature throughout the night. At our camp, we usually do a wall tent with a wood burning stove and cots, but the majority of our friends prefer RV camping. We have a pop-up camper that could work for us, but there’s something rustic and amazing about wall tents that help us completely get ready for hunting season!

I hunt because I want to bring healthy, organic food home to my family. I know that the meat I bring home isn’t filled with chemicals and hormones, and it can feed my family of 4 for quite a while. It also saves us money, because we don’t have to buy the meat from the grocery store, and it teaches my children a way to feed their own families when they grow-up… actually, our kids hunt too, so they already help feed the family.

Men tend to hunt for the sake of the sport. It’s fun. There’s an adrenaline rush. It’s a bonding experience. They’re out in nature.

My husband will tell you he also does it for the meat for the family – and I believe that’s true – but he also loves the sport. He’s not going after the biggest animal he can find, which is exactly why he gets a doe tag every year, but at the end of the day, he loves hunting simply because of the sport in it. That’s okay. He doesn’t waste animals just to shoot them, and usually hunts not only for meat, but to also tan hides and fur. He’s super resourceful, and I love that about him. However, we know a lot of people that hunt for the sake of getting the biggest and best of game… it’s a bragging right. The bigger their game, the bigger their balls, I suppose? But, with this testosterone driven sport, it leaves little room for women (dripping with sarcasm here).

The truth is, sitting around a campfire at hunting camp and being the only woman can be lonely. It can get even more lonely when all of the men start talking about their balls, f*cking a woman, or how big their d*cks are. It can even get cutthroat if you do interject – you tend to become the target of the conversation. To try to avoid this conversation altogether, go with a group of hunters (men or women) that are respectful. You may be the only woman hunter at camp, but that doesn’t mean they need to be disrespectful towards you. Good men will appreciate you’re there and out for the hunt. They’ll also likely love to give you tips and pointers to improve your hunt.

As a bonus, make sure to research as much as you can, so you can school them with your hunting terms.

So, why do women hunt?

I’m sure every women that hunts has their own reason, but as mentioned before, for me, it’s about providing for my family. It’s about filling my freezer with an organic meat that we process at home and know what was done with the meat we put in our mouths. It’s also a learning experience for my boys. They can learn about hunting, they can learn about processing the meat, and they can learn about using more of the entire animal – antlers, skin/fur, leather, etc. It’s also an amazing connection that I get to experience between my husband and me. I see a new side of him, and he teaches me soooo much! I’m not a patient person, but hunting teaches me to be patient, and during down times of hunting – when you’re sitting for hours on end – I get to take pictures (quietly) of the beautiful Colorado nature.

As far as other women that hunt that I know, the majority say it is also because of the experience with their husbands. It’s a bonding experience that you’ll never get anywhere else. Being in the woods for 12 hours a day and having to learn to be quiet the majority of those 12 hours… there’s not much else to do but bond – with your eyes (because you can’t talk).

How does it feel to shoot an animal?

I thought the first time I experienced my husband shooting an animal that I would break down and be consumed by hurt and pain. That I wouldn’t be able to handle it, which is exactly why I went out my first hunt without a tag or gun (er, I didn’t hunt at all, I just hiked and observed) – I wanted to see what the hunt was about; to see if I could even handle it in the first place.

It’s likely not the same feeling for everyone, which is why going out and experiencing the hunt without actually hunting yourself is probably a good first step. For me, however, it was very, very spiritual. I felt a deep respect towards the doe that the hubby got down, it was truly an experience I could never forget.

I remember seeing the doe go down, and I covered my eyes as it happened. It was a sad experience for me. As we walked up to her, I was thankful she was gone – she didn’t need another shot to put her out and there was no struggle for her. I knew I couldn’t help with the gutting of her, but was willing to try to help my husband as he did.

I wasn’t very helpful at all during that first hunt, but have been more and more helpful over the years.

The spiritual side to me said thank you… thank you for her life and providing to our family. We took a life, and to me, that needed to be appreciated. This is a very hard realization and something that may not make you want to ever hunt, but this spiritual side, this talk I had between God and me, it calmed me and gave me peace. I’ve since learned that my husband also gives thanks to God for each animals’ life he takes.

When I got my first doe down, it was very similar to those same feelings. When I pulled the gun up and was ready to draw, I was easily able to focus. I found her in my sights, and I shot. During the entire process, I was able to keep calm and maintain my composure. It wasn’t until after I got her down, that the adrenaline kicked in and my heart was pounding. I wasn’t able to gut, but I got a stronger stomach and was able to at least watch. I was also able to help load her to the truck. In coming years, I’ve since shot down plenty of does and elk. All of which I’ve been grateful for feeding my family throughout the year. Starting with doe was a great start, and I still very much appreciate it, but elk is now my personal new favorite. As far as taste, I prefer cows, which is what I’ve hunted, but I’ll never turn down bull meat the hubby brings home.

In what I’ve learned, I get stronger the more I hunt. I appreciate every step of it and appreciate being in the woods with my husband and providing food for my family.

Other Hunting Tips You May Not Know 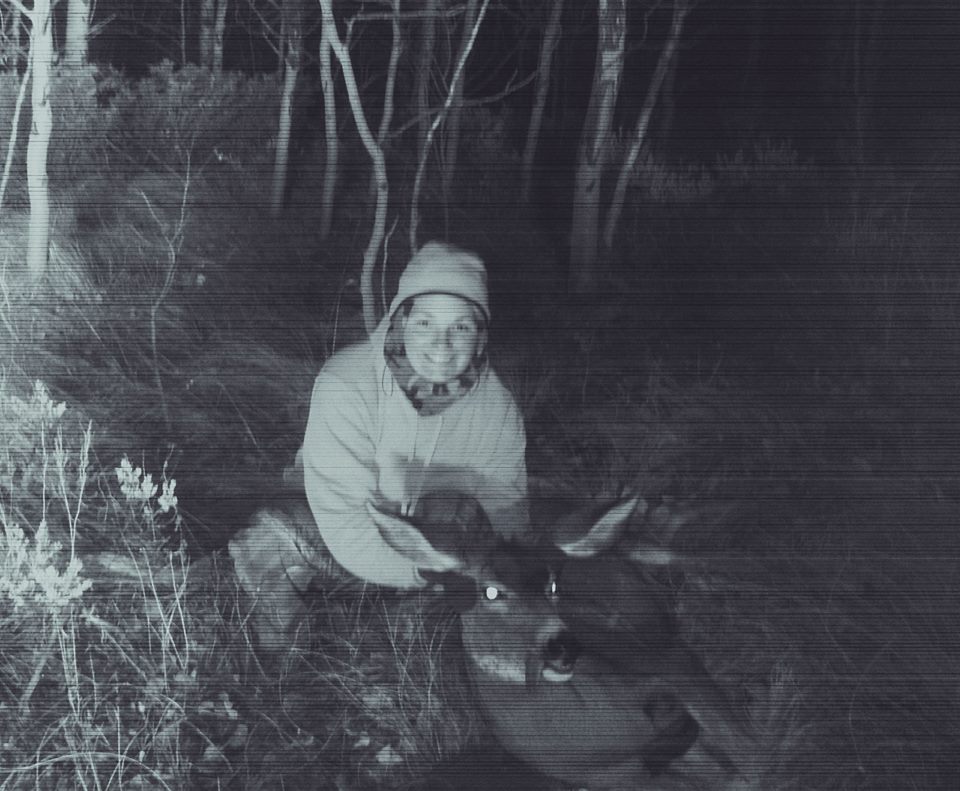