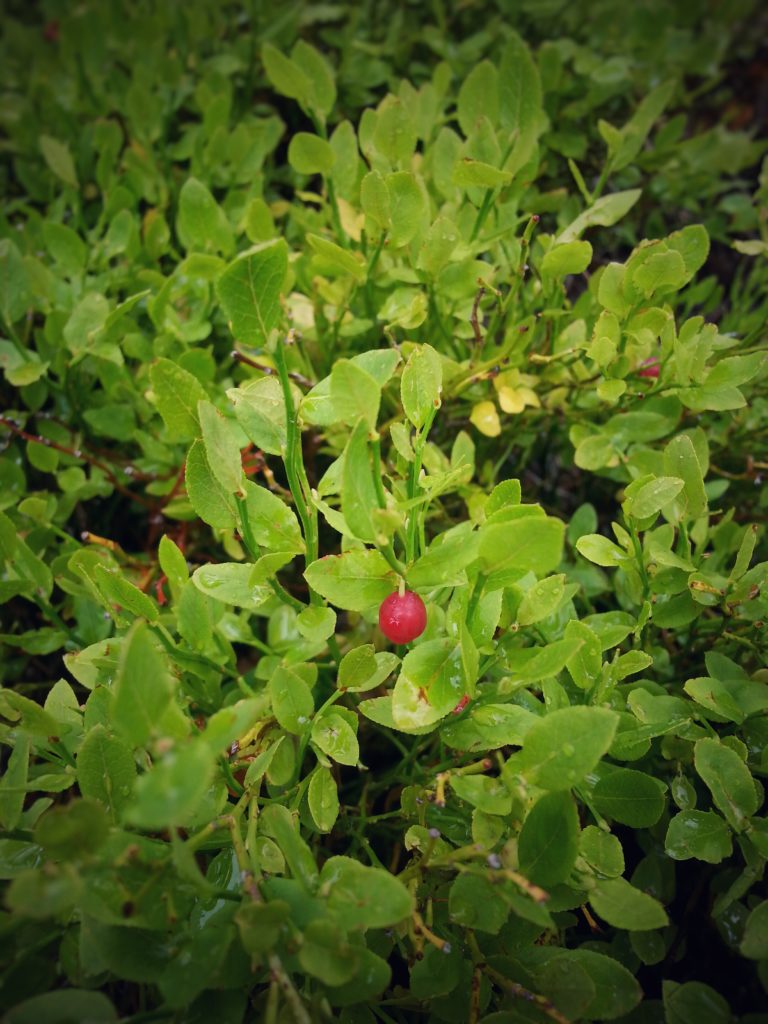 Up here at 7,000-11,000 feet in elevation, we have rugged terrain that can get quite vicious certain times of the year, but because of that, a few of us find the joy in what we can. For most Colorado folk, that joy is found in the great outdoors.

From backpacking and camping to skiing and snowboarding, the terrain may be rough, but we make the best out of it. Our summers are short and our winters long, but it is the short growing season of our summers that brings foragers from the low country up to harvest.

From the spruce tips in early summer to pine nuts (pinion nuts) in the fall, the Colorado high country offers a bounty of delicious edibles, one of which offers a sweet, delectable flavor for jelly and jam lovers – huckleberries. 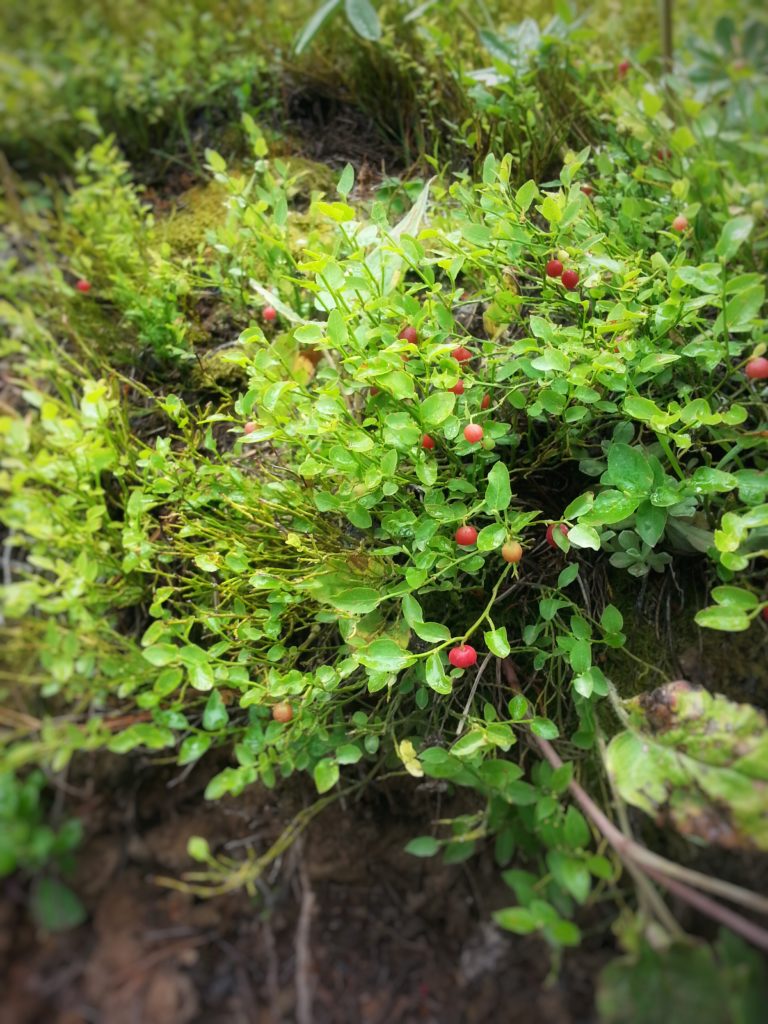 Huckleberries start to show up around the month of August and love to grow in the high mountain acidic soil. They’re native to our region, but also the majority of the northwest United States. They’re tiny little berries that are packed with flavor and cover forest floors.

Low to the ground, with tiny almond shaped leaves (although, more pointy at the end), huckleberries resemble blueberries, but are much smaller in size – at least the ones that grow here in Colorado.

When they’re starting to grow and aren’t quite ripe yet – but still edible – they are bright red, like the berries of a holly plant; however, when they become ripe, they’re plumper and take on a darker red, if not purplish-blue color. 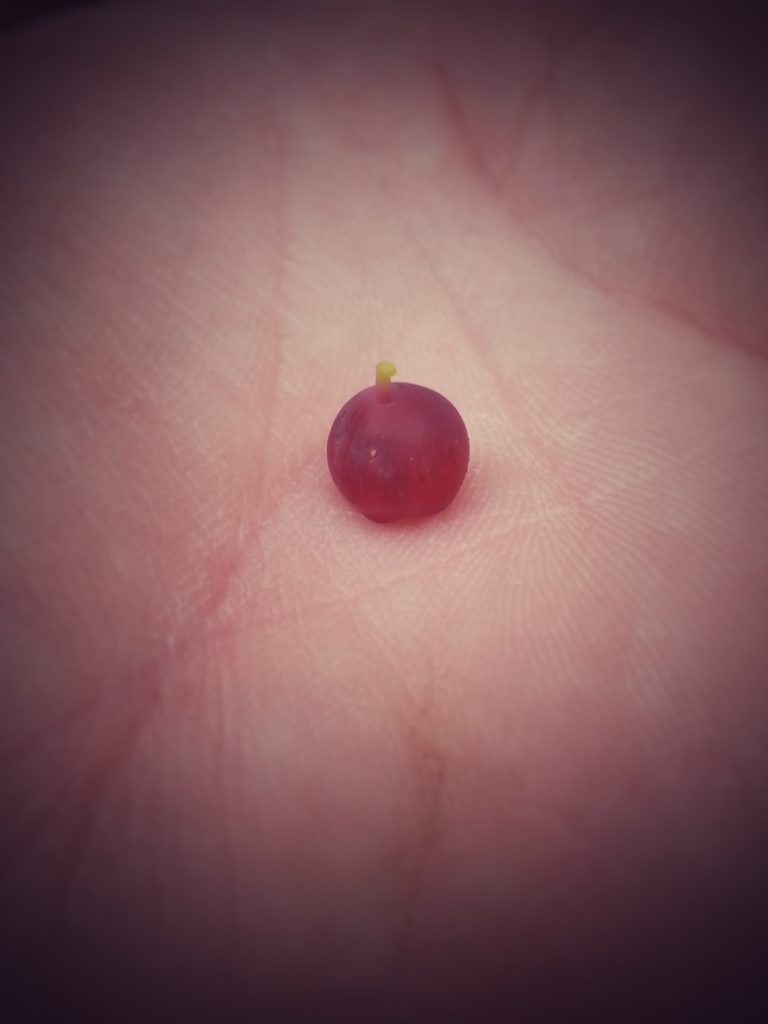 I’d usually warn against picking from low-lying plants, especially in towns and more trafficked areas, because of pollutants, foot traffic, and animal behavior, but in areas farther away from these types of plant damaging behaviors, you’re more likely to find healthier, untouched plants. 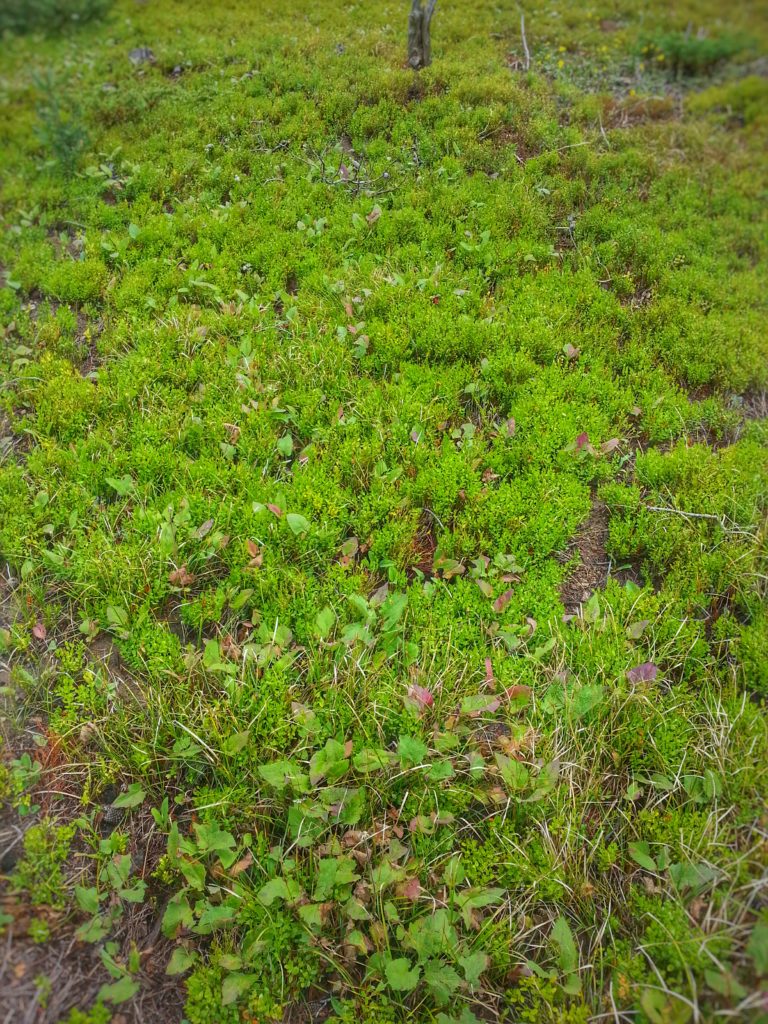 Huckleberries are great little recipe additions in jellies and jams, of course, but also in syrups, teas, pies, pancakes, and muffins. However, with that said, their small size means you’ll be rummaging around on your hands and knees for quite a while to gather enough to make any of these recipes.

We usually collect them and munch on them as we’re out 4-wheeling, hiking, or backpacking, but don’t usually stay to gather enough to make anything out of them. 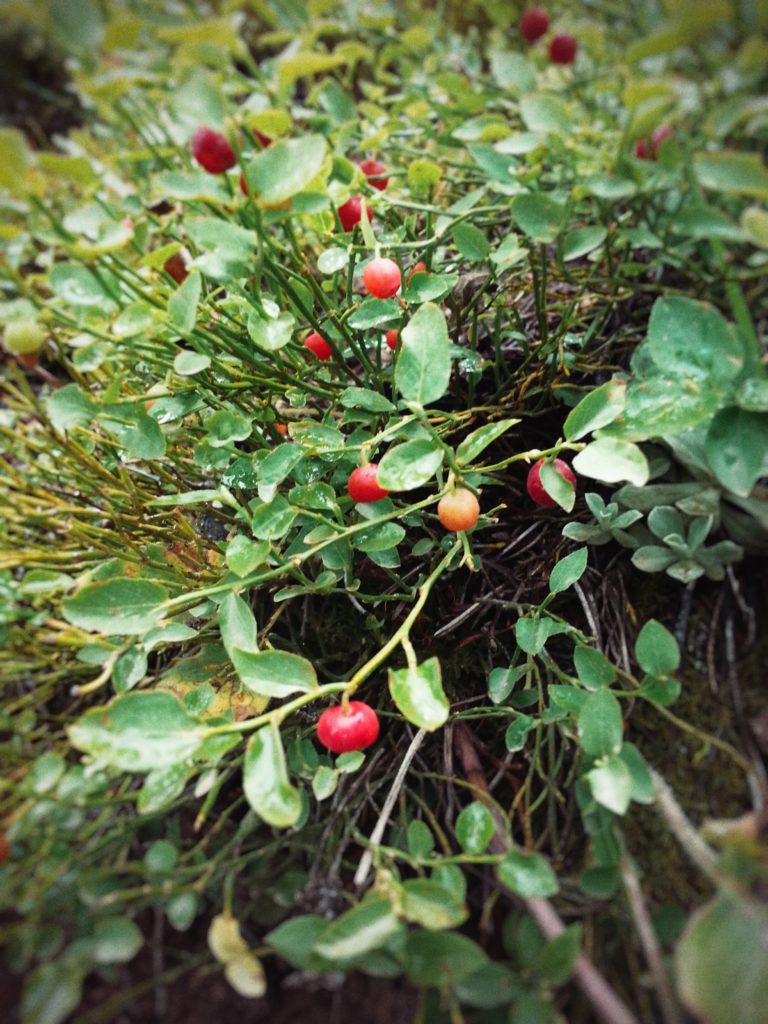 As with any wild berry, you should probably discover wild huckleberries with someone that knows what the plant looks like, first, because eating the wrong red berry can lead to food poisoning or death.

Update: I had a reader mention that another clear identifying feature is the little “crown” structure on the bottom of the berry, which isn’t being shown in my current images on this post. The “crown” structure resembles the same feature you’d see on a blueberry.