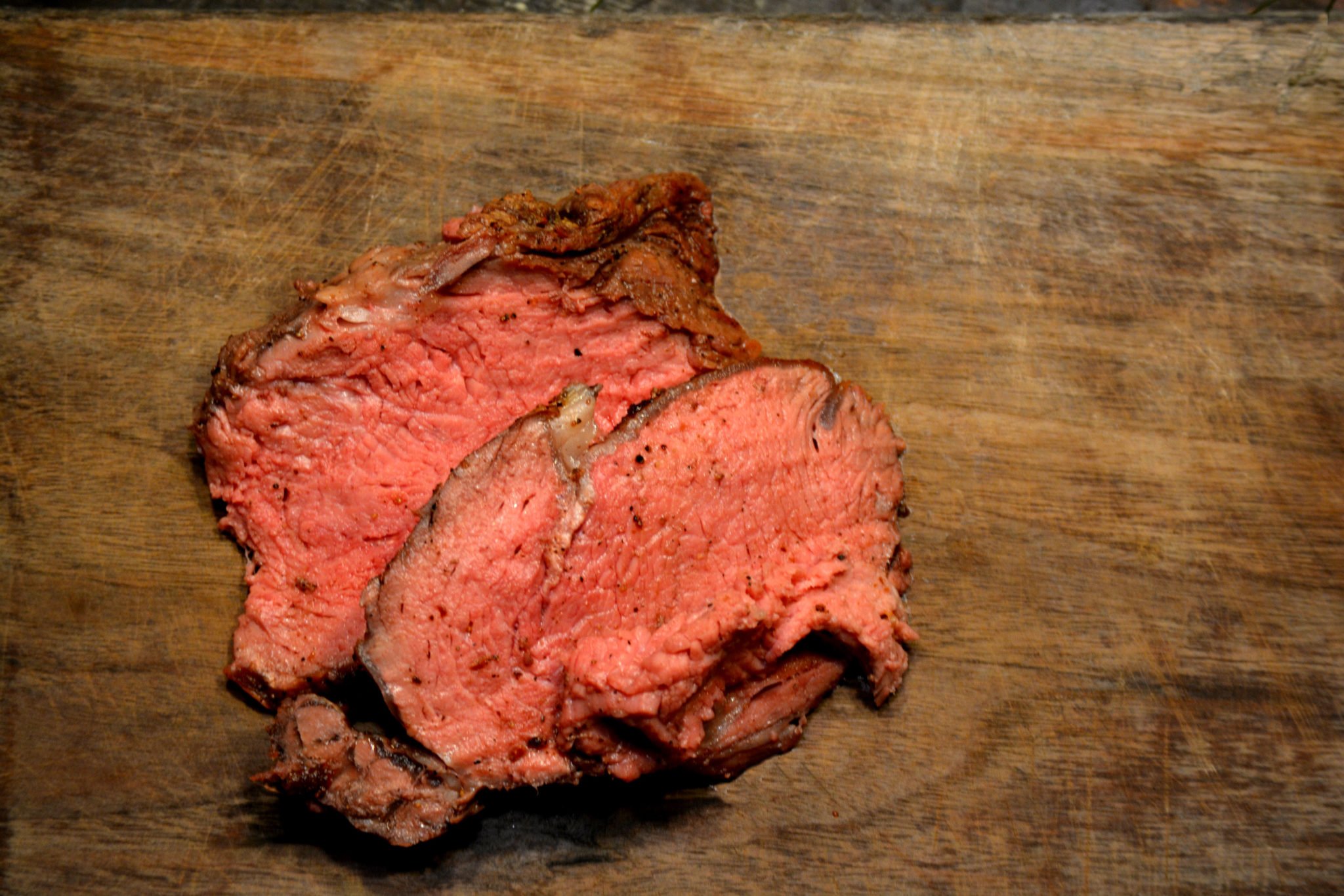 When it comes to a foolproof prime rib recipe, I like to keep things simple; although, that would go for just about any steaks I cook. I use salt and pepper; other than that, it’s all about the timing and temperature. Prime rib is one of those few recipes that I feel that I’ve perfected and made my own. After multiple tries, I finally found a foolproof recipe that makes the perfect rare to medium-rare prime rib.

Now, I’d like to say that this recipe came from love, but it didn’t – it came from the Great Allen Fight of 2008. It involved the hubby’s momma’s recipe that didn’t work out, an argument, tears, and me vowing to never cook prime rib again. About 5 years later, I attempted prime rib (again), but I didn’t follow momma’s recipe in regards to cooking time and temperature. At the time, I lived next to a restaurant and became friends with the head chef, Chef Danny (now Head Chef at Lidia’s Kansas City). He gave me pointers on cooking a foolproof prime rib and handed me my first cooking thermometer. With a thermometer in hand, Chef Danny told me I couldn’t fail at getting the perfect cook. With his directions and my new-to-me thermometer, I eventually narrowed down how to cook the best tasting prime rib.


What if the Prime Rib isn’t at the Right Temperature When I Take it out?

Cooking the perfect prime rib can be stressful, but if you take it out of the oven and it’s not at the right temperature, don’t stress. You can put it back in the oven for another 10 minutes and check the temperature again. Don’t believe the naysayers, you’re not going to ruin the meat. In my many attempts of cooking prime rib and getting to the point of finding the right timing in this recipe, I often found myself pulling the prime rib out and it being 10 degrees under temperature. Am I going to just throw in the towel and call it ruined? Never. That cut of meat is expensive, and I’m going to eat it, regardless.

Just stick it back in the oven for 10 more minutes, pull it out, and test the temperature again. No stress cooking is the best – learn from my mistakes, don’t stress yourself out over prime rib.

If you weigh your prime rib beforehand, the recipe below should be pretty on-point with getting the perfect temperature. If you’re at 4.5 pounds, factor that extra .5 pound into the cooking time to make sure you cook it to the correct temperature. Obviously, a cooking scale works best for weighing out the precise weight.

Don’t have a cooking scale? Hopefully, you have a scale to weigh yourself in the house, somewhere? If that scale happens to measure in decimals, then you’re good to go. Stand on the scale and weigh yourself; then, stand on the scale with the meat and get the difference to get the meat weight. Not as accurate, but it works in a pinch (always use sanitary methods of carrying the meat from the kitchen to the scale, or bring the scale to the kitchen). 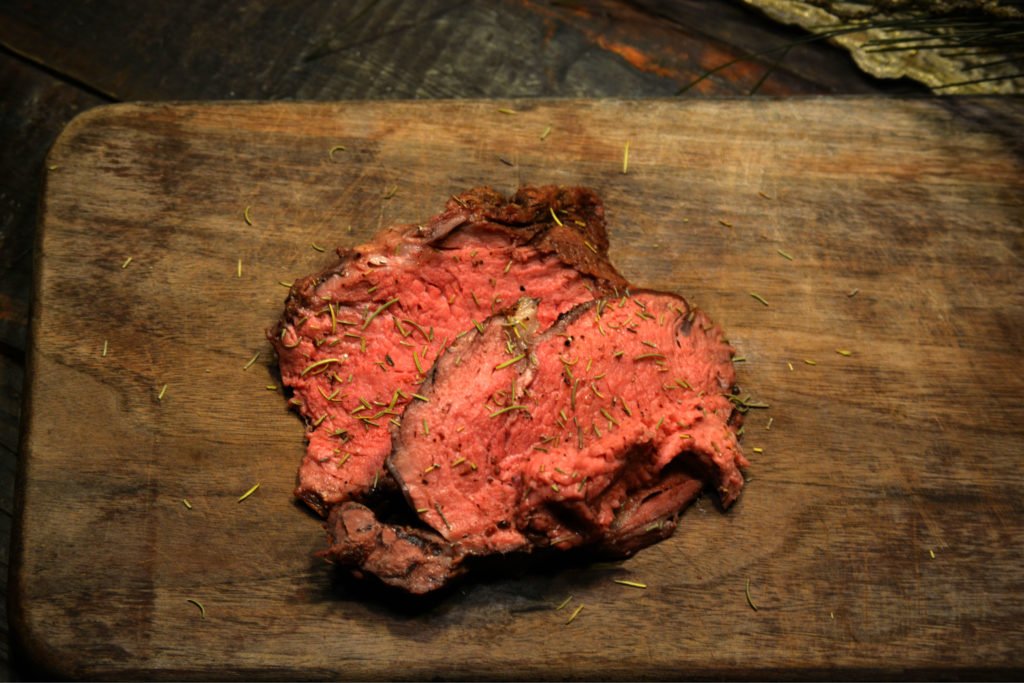 Why Cut the Meat Away from the Ribs?

First off, cutting the bone away ahead of time makes it easier to pull the bone away after the prime rib is cooked. Keeping the bone with the meat gives it extra flavor. We have an amazing apple-brined pork chop recipe that the husband actually messed up completely from the original recipe, but became the best mistake ever. This same recipe does not taste the same with boneless pork chops. We did a side-by-side comparison with family and everyone enjoyed the pork chops brined with bone-in much better than the boneless pork chops. Lesson learned, cook meat with bone-in, if possible.


What to do with the bones afterwards? The hubby likes to chew on the meat between the bones, but you could also save them for the dogs or use them for broth.

How Do You Truss Prime Rib Back to the Bone?

When you cut the prime rib away from the bone, you need to truss it back together – meaning, you need to tie it back to the meat so it holds together during the cooking process. There are plenty of YouTube videos on how to truss meat, just find your favorite – mine is below. A good pointer when trussing meat is to pull out enough kitchen cooking twine to get the job done – pull out more than needed – that way, you don’t get the rest of the twine tainted with the raw meat. If there’s any long strands leftover, just cut them off.

Why is Prime Rib So Special?

It’s expensive, hard to cook, but oh, so tasty. Why does this particular meat have such a big reputation? Prime rib is what ribeyes are cut from; so, if you’ve ever given your tongue the pleasure of tasting a ribeye and thought you were in heaven, you know why prime rib is as yummy as it is. With that said, prime rib is actually a roast of ribeye steaks. Cooked rare to medium-rare, it makes this cut of meat absolutely amazing.

Sliced, you can see that prime rib has a beautiful round piece of meat that is surrounded by fat. That fat is fat-marbled-muscle that is barely used in the animal, but because of that, it adds an incredible flavor to the round piece of meat you see and all of the meat around it. I’m not a fan of eating fat (but I definitely cook with it), so that round piece of meat is my favorite, but the hubby loves all of it… I suppose it depends on the eater’s preferences. 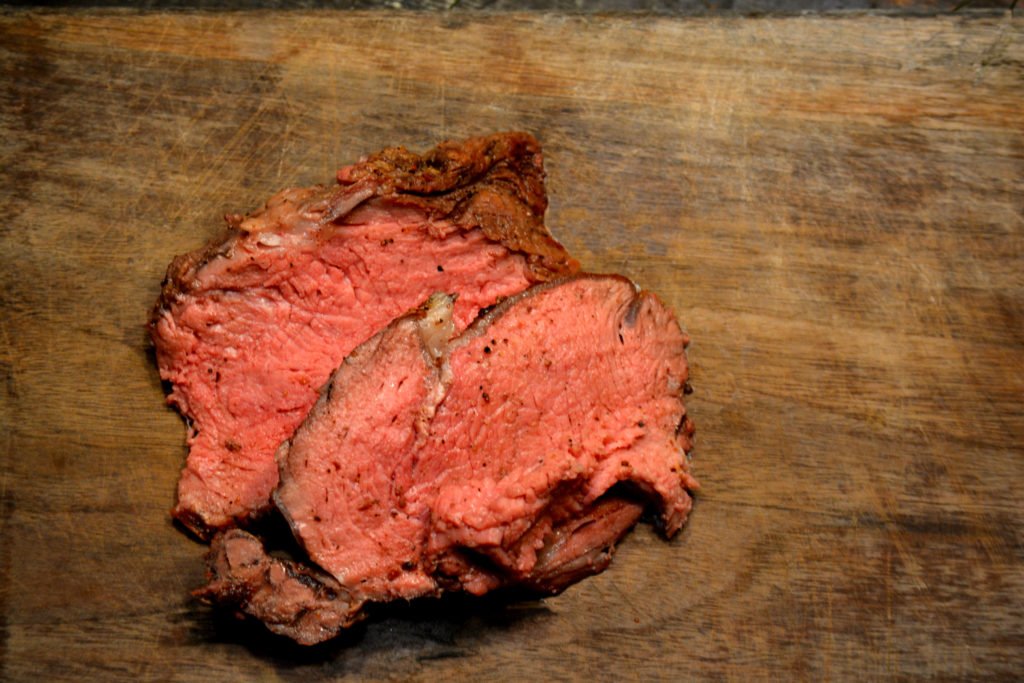 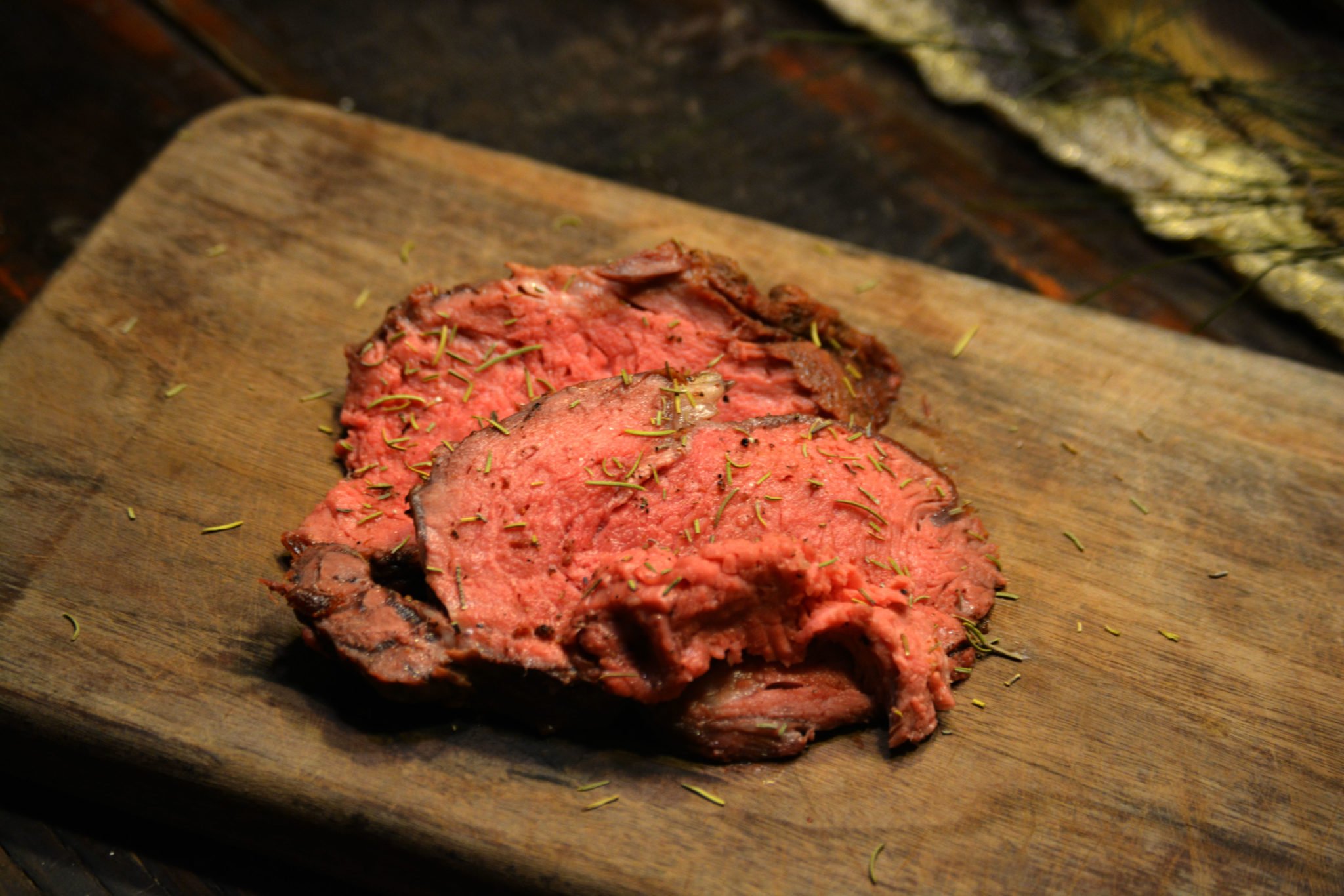 Plan ahead, you'll want to have the prime rib sit out on the counter for 3 hours before cooking and rest for 30 minutes after cooking. Prime rib isn't a rush recipe, time and temperature are key. For my family of 4 - including 2 teens - a 4 pound prime rib usually makes the perfect amount, with only a few leftovers. Rule of thumb is to plan on 1 pound of prime rib per person; although, I typically eat less than that, but the rest of the family gobbles up what I don't eat.
5 from 1 vote
Print Recipe Pin Recipe
Course Main Dish
Cuisine Comfort Food

Chicken and waffles for the first time folks... so

Turns out cats ❤ indoor gardens. Had to bring i

Growing at 7,000 elevation is tough. Maybe this wi

These venison snack sticks are the perfect treat t