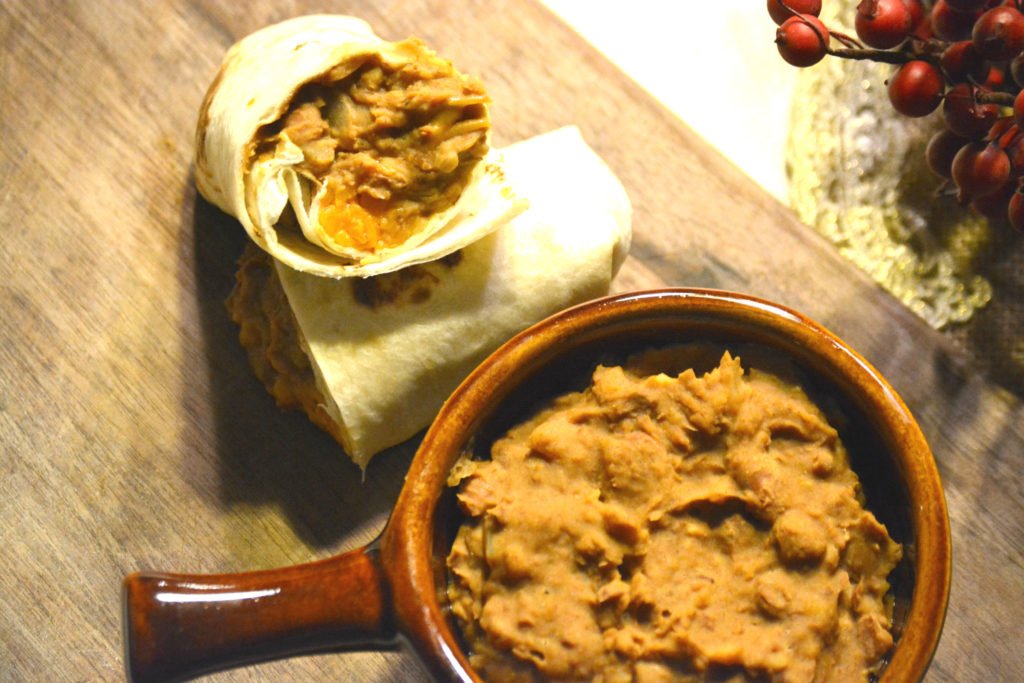 I love food (if that isn’t obvious already), and all kinds of it – comfort food, Italian, Asian, Mexican, all of it. Speaking of Mexican food, this refried bean burrito recipe is a family favorite. We can make it for dinner and use any leftovers to make burritos to freeze for later. My youngest son Blake, is so in love with this refried bean burrito recipe, he asks us to make them and keep the freezer stocked regularly. I can already see me making them to send away for college eats when he gets older.

You could make this recipe vegetarian style by cutting out the pork lard or bacon grease, but I’ll be honest, it definitely changes the flavor. We have plenty of amazing Mexican influences in our lives, and they’ll tell you the same – bacon grease is the only way to go for refried beans. We never argued; just agreed, went forth, and cooked.

There are a few things that I follow with this recipe to make it perfect for cooking for dinner and for freezing for later.

To pay respects to the right people, this recipe is a hodge-podge of our favorite refried bean recipe by Simply Recipes and pressure cooker beans by Noble Pig. Little White Bread prefers his beans plain, so if Dad cooks these burritos, he sticks to the Simply Recipes bean recipe, but if Mom cooks them, I combine the recipes like in the recipe below. 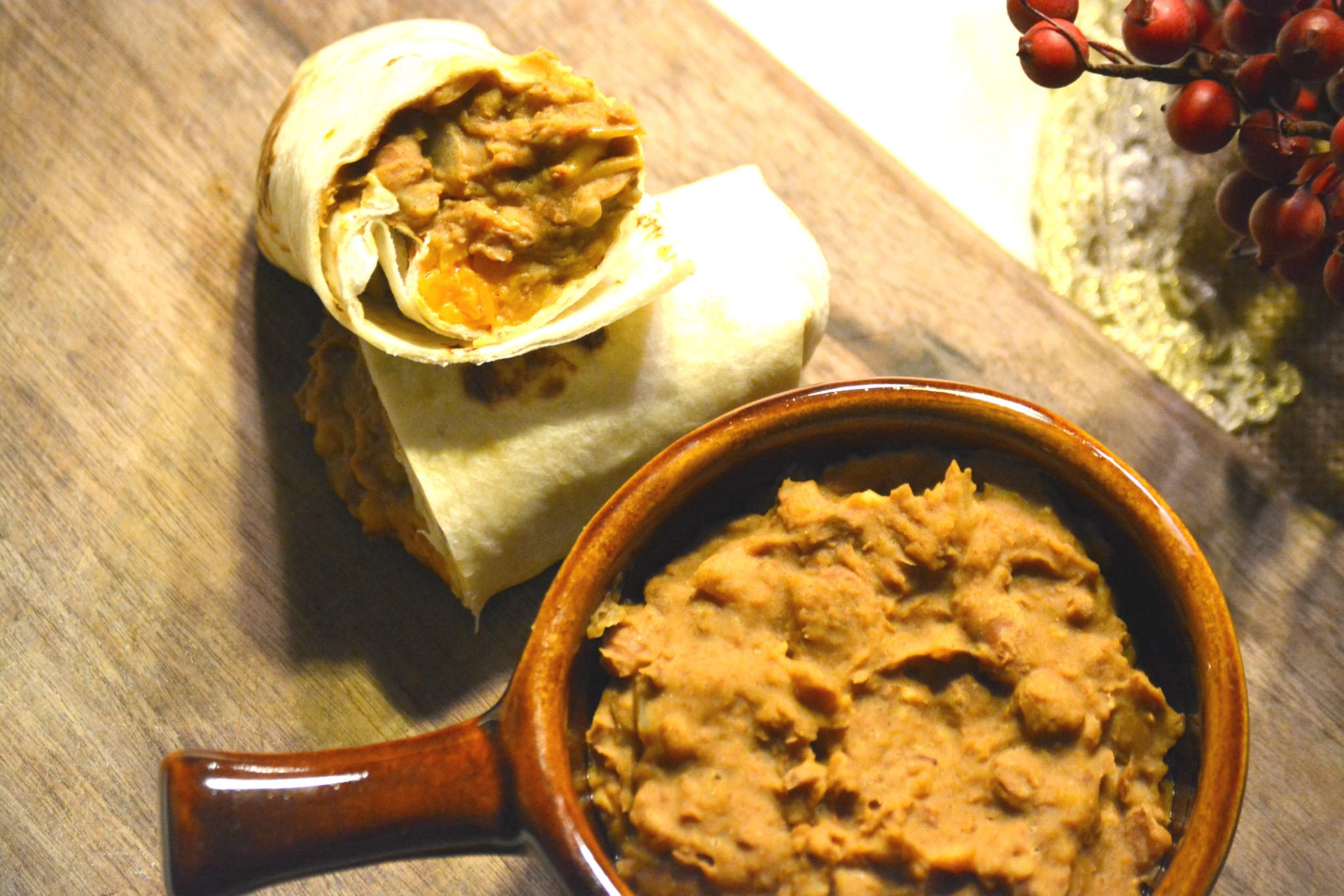 If you want to make these vegetarian, just substitute the pork fat or bacon grease with your favorite oil. For an estimate on how much this makes, be sure to see recipe notes above.
No ratings yet
Print Recipe Pin Recipe
Course Main Dish
Cuisine Mexican

Serve with your favorite hot sauce - ours is Valentina.
Tried this recipe?Let us know how it was!
Share the Love!
Previous Post: « Instant Pot Elk Roast Recipe
Next Post: Foolproof Prime Rib Recipe »